Fibre rollout: A Call for Action

The current connectivity position of the UK isn’t great. Only around 14% of the population have full fibre and we are 33rd in a recent Euro league table. Unsurprising then that the Government has put connectivity improvement at the centre stage of its agenda with an admirable ambition to make the UK a world leader in digital infrastructure. It sounds great, but the major flaw at the moment is the lack of a clear and detailed plan to bring about this much needed improvement albeit the Government has increased market engagement in recent months. The task is a big one and it got bigger when the PM decided to bring forward the previous deadline for achieving full fibre, now referred to as gigabit-capable broadband by a mire 8 years (!) from 2033 to 2025.

There have been some good steps forward. OpenReach’ ducts and poles can be used by other fibre players. They are making some progress themselves reportedly connecting 80,000 homes a month now, but this is way short of what is required to realise the Government’s target. There are also a number of private companies like Hyperoptic and CityFibre that are rolling out aggressively in towns and cities. Others are focusing on connecting up homeowners and businesses in more rural areas such as Gigaclear and Voneus whilst there are plenty of new start-ups pursuing a more community-based approach for example, ZZoomm rolling out in Henley and Swish Fibre in Marlow delivering what they consider to be a ‘transformative’ experience.

The future benefits from better connectivity to the country and globally are enormous. They touch many aspects of everyday life, from the environment, gaming, to entertainment and education, right through to security and transport. The recent lockdown has brought into stark focus the importance of good connectivity to the health and care sectors and the critical need for many of us to be able to work from home.

To deliver on the Governments digital vision Dalcour Maclaren would like to see future action to include the following:

• Extra targeted funding to help fibre rollout and ensure connectivity speeds to all areas of the UK not just those that make commercial sense. Rural deployment requires additional Government subsidy with more flexible payment structures
• A sensible approach to immigration to ensure labour is available and affordable
• A rethink of the wayleave process to address current obstacles and to avoid or reduce delays. The Government can do more to facilitate access, deal with absentee landlords and provide easier routes to consents
• A longer-term solution to the fibre tax and regulatory change
• Better industry collaboration on rollout plans to reduce ‘overbuilding’ whilst respecting competition law
• A more proactive and decisive approach from the DCMS on future plans

Encouragingly some of the above is being worked on, in recognition that connectivity and fibre are critical to our future. The industry may not ultimately meet the Government’s stated goal by 2025 but if we can at least address some of the above, we would have achieved a major acceleration of fibre rollout in the UK.

Dalcour Maclaren’s team of Telecoms experts are committed to helping our clients work towards these goals. To find out what we can do for you, contact [email protected] 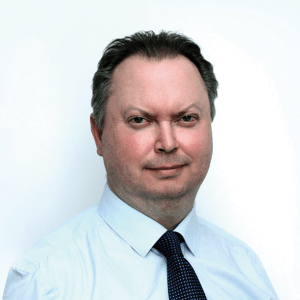