Today’s Government announcement on it’s eagerly awaited Energy Supply Strategy is a welcome evolution in a cornerstone the of the UK’s economic and environmental policies. At its heart it looks to a secure sovereign energy supply that meets the Government’s Net Zero targets. Balancing these two elements is not straight forward with national and international factors at play. With the concept of the Task Force clearly being the new way to tackle big issues, coupled with the desire to speed up delivery of all energy projects, there is now a very clear challenge set out to the industry.

The target to end the use of fossil fuels by 2035 has always been seen as a major milestone on the journey to Net Zero, the Government’s announcement of new licences for North Sea oil and gas extraction creates an interesting dynamic in this area. Boris Johnson insisted earlier in the month that the changes “do not mean in any way” that the Government is changing its long-term net-zero commitment, but that this is on the basis; “We have got to reflect the reality that there is a crunch on at the moment." Coupled with the continued rumours of the Government discussing the possibility of life extensions to the remaining UK coal fired power stations, the balance of short and long term benefits versus the costs is a key consideration, with a number of key commentators sceptical that the additional oil exploration will create any real benefit due to the time required to bring these new supplies online. Watch this space.

With currently less than half of electricity being generated by renewables, the transition to learning to live without gas means the roll out of renewables has some way to go. Although we will now see limited new onshore wind farms across England under this strategy, we have seen Scotland push ahead with onshore wind with a more liberalised planning system, which has been described in Whitehall as a “major success story”. Is this a lost opportunity?

On the theme of wind, the announcement of a new target of 50GW by 2030 from offshore wind is not unexpected, and with the size and scale of these developments already increasing, coupled with the opening up of more areas with the evolution of floating platforms, this is something the industry is ready to embrace. From our experience in supporting nearly three quarters of all offshore wind farms in the UK to date, we fully appreciate the size and complexity of the challenge to ramp up delivery to this level, but we have seen first-hand the innovation and appetite in this sector. The connection to the National Grid for this tech and the onshore disruption this can cause in the cable corridors with remain a challenge the Planning Inspectorate and developers will continue to grapple with a reach some level of compromise and balance the various view points.

Nuclear is proving to be a cornerstone of the Government’s future energy policy with the stark realisation that in the next decade, seven out of the eight operating stations will be retired, dropping the power output from c.16% to 5%. Hinkley Point C continues to progress which will help to deliver an additional 7% of the UK’s demands, however it is clear much more will now need to be done to meet Boris Johnson’s view of seeing 25% of the UK’s generation coming from this source, not only helping to meet the increase in reliance on electricity but to help to balance the intermittency issues renewables create. Further support for Sizewell C was not unexpected with a direct stake in the project being taken by Government until such point as it would then be offered out to private sector investors via the Regulated Asset Base (RAB) effectively spreading the risk and diluting the taxpayer and EDF stakes in the project, and making it a new low carbon investment class.

The policy is clear, this is not just about big nuclear, Small Modular Reactors (SMR’s) will be fundamental in accelerating the delivery of this strategy as well as a proposed overhaul of the planning laws to speed up the building of nuclear power stations. We await the detail of this and exactly how radical the Government proposes to be, and whether there are wider connotations for other National Infrastructure schemes.

The statement has several noticeable absentees. Fracking is something that the Government has been kicking around for the past few weeks, but the size of the unknowns around the potential tremors has meant that there is no further support for this, there has also been significant column inches directed to whether even if extracted it would help the UK position as the majority of any gas harvested would be explored.

The other technology that is notable by its absence is tidal, despite the Welsh Government’s support for the Morlais as well as the proposed Blue Eden project, it does not appear that Number 10 is yet ready to throw their weight behind this technology beyond the small demonstrator projects in Scotland, Wales and Cornwall. This feels like a gap in the potential baseload renewable power strategy.

It is clear that a number of these proposals have been in the Whitehall pipeline for sometime, however the actions of Russia in Ukraine have galvanised the resolve and ambition of these plans. From our experience there is clearly the desire from investors and the energy industry to meet the call, but there are real questions to be answered about the deliverability of these proposals, with the squeeze on resource – in all areas from planning to delivery, materials and ultimately transmission network. We are ready to play our part in bringing these dreams to reality. 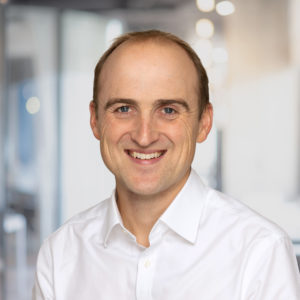